Rowena’s the clumsiest graduate of witch school but wants to wow the world with her magic. Her new village has other plans. Will Rowena’s magical mistakes mess everything up, or is she just what the doctor ordered? 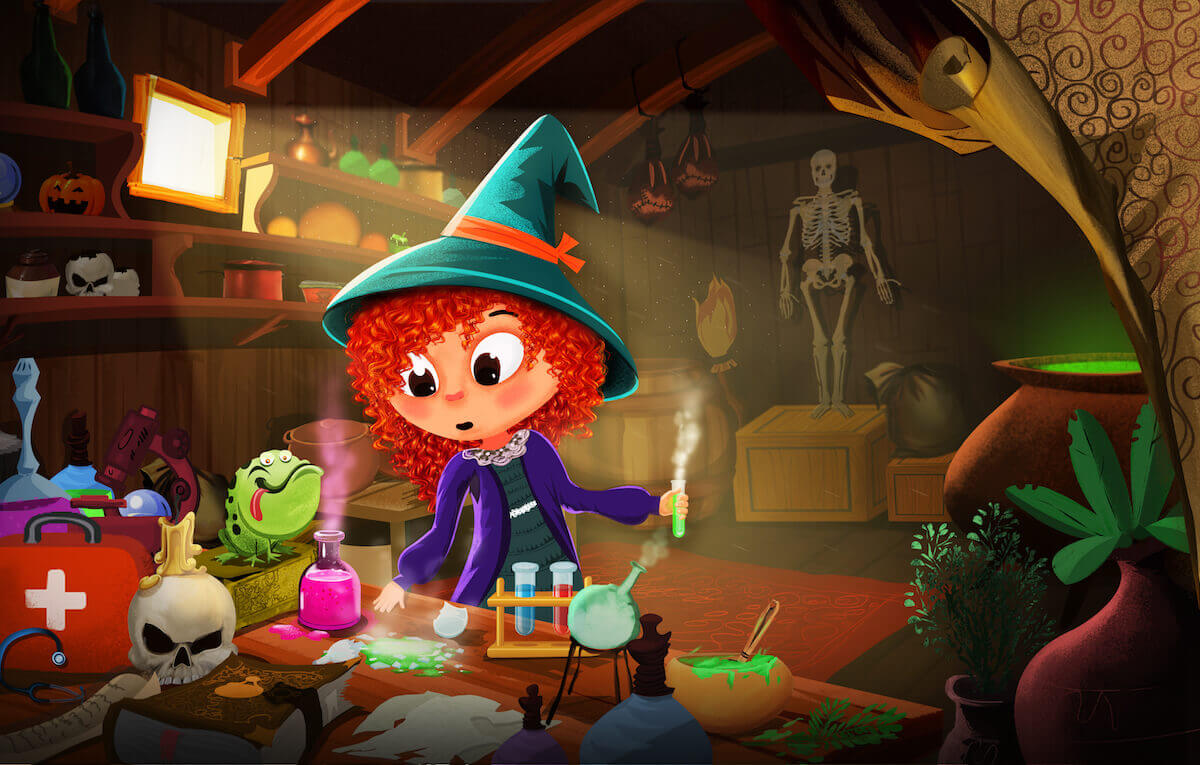 Stories in this world

Rowena is Finally A Witch... Doctor?

Rowena, a clumsy witch, graduates from witch school. She can’t wait to show off her magic, but gets a surprise when her new village thinks she’s a doctor.

Rowena’s Magic is on FIRE

Rowena tidies her hut when Pina, Jingo and a group of boys appear, eager for more magic. Rowena delivers in a roaring way.

The Villagers Are a Hoot

Rowena flies in to greet the villagers, but Heppo the dragon has beat her to it. Can Rowena use her magic wisely this time?

Rowena to the Rescue

Chased by owls, Rowena seeks help. Head Witchtress is proud but says that she’s a witch, not a doctor. But what does Rowena think?

Rowena can’t wait for her celebration, but a surprise visit from Head Witchtress means trouble.

Download Bedtime Stories
Get the app and continue reading

Have you ever wished you could cast a spell or mix up some magic? Have you ever felt misunderstood or found yourself in a pickle? Rowena the witch doctor knows just how all of that feels.

I love all things witchy and spooky and silly (I am a Halloween baby, after all!), so a bedtime story featuring a clumsy, lovable, mess-making witch was just itching to be told.

Mixing magical elements with medicine and giving a twist to the traditional “witch doctor” theme add spice to Rowena’s quirky, bungling brew. She’s a witch you might like to hang out with, but be wary of asking her for a cold remedy!

The most magical thing about Rowena is that she deals with her problems her way, one slipped-up spell at a time. She is bewitching by just being herself.