Puzzle has never felt at home in Havenly. One day, she is flown over the Baltic Sea on a magic broom and lands on a lonely island called Blue Hill. There, she meets a group of magicians and makes a new best friend. 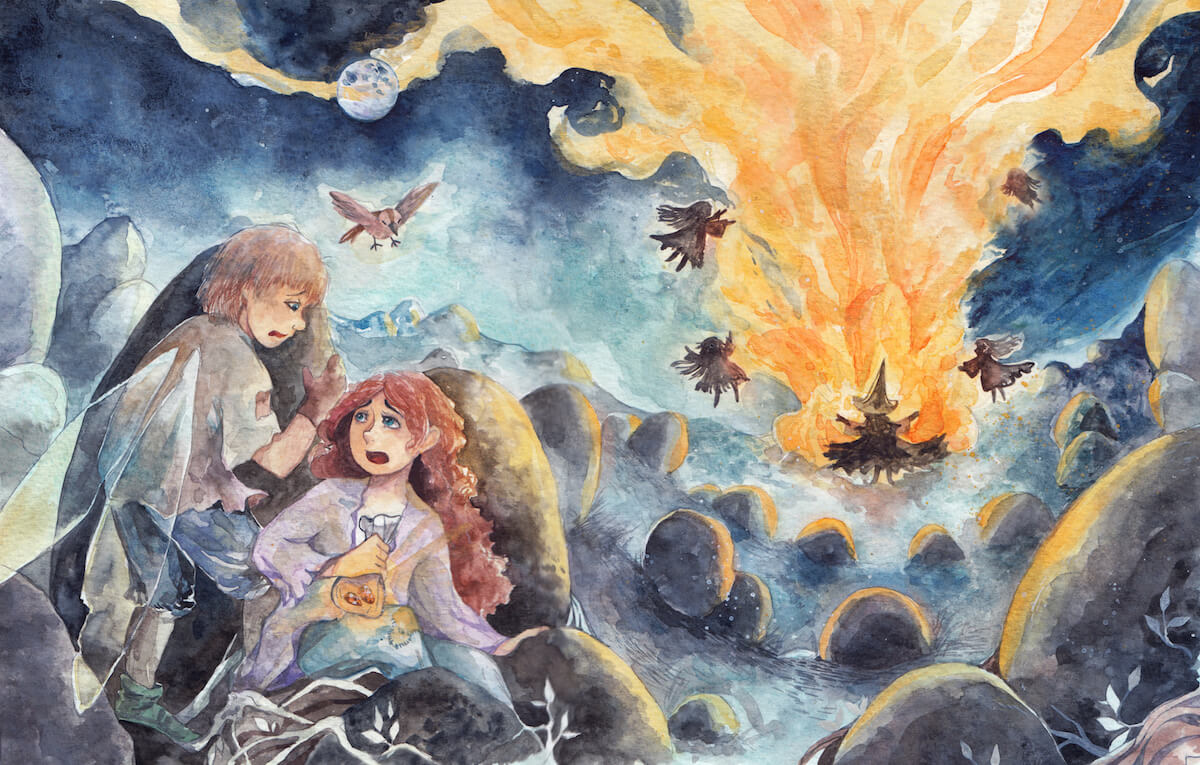 Stories in this world

Patrizia lives with her foster parents and feels like an outsider. At her brother’s birthday party, something strange happens.

Puzzle wakes up on an island, far away from home. The island is full of witches and wizards who live in caves. They teach Puzzle how to use magic.

Being invisible is very lonely, but Puzzle finds happiness when she makes a friend. Their happiness changes into bad luck when they get caught in a storm.

Puzzle heals Vinze’s leg as they take cover from the storm, but nobody wants them being together. They are a threat to the magicians.

Things go from bad to worse for Puzzle and Vinze, but they’ve got a lucky star or two who help them out in the end.

Download Bedtime Stories
Get the app and continue reading

Almost every day, I drive along the harbor in my hometown, Oskarshamn, and look out over the Baltic Sea. On the horizon, a blue dome rises above the water. Sometimes, it looks like it’s floating.

The uninhabited granite island is more popularly known as Blåkulla, which is Swedish for “blue hill”. Blåkulla is 570 million years and may be the world’s oldest mountain. The ice sheet has sculpted the island's silhouette. It is a Swedish national park and plays a huge role in the country’s folklore. In the medieval people believed the island was a home for the devil and witches. It’s a magical place with many beautiful sights and an ancient stone labyrinth that is said to be a place for witch dance.

Blåkulla really gives wings to your imagination, and it was in this fantasy world where I first met Puzzle. She told me an enchanting story that I will never forget.

When I drive along the harbor, I usually wave and wonder how they get along out there. Are they hungry? Do they get cold in the ice and snow?