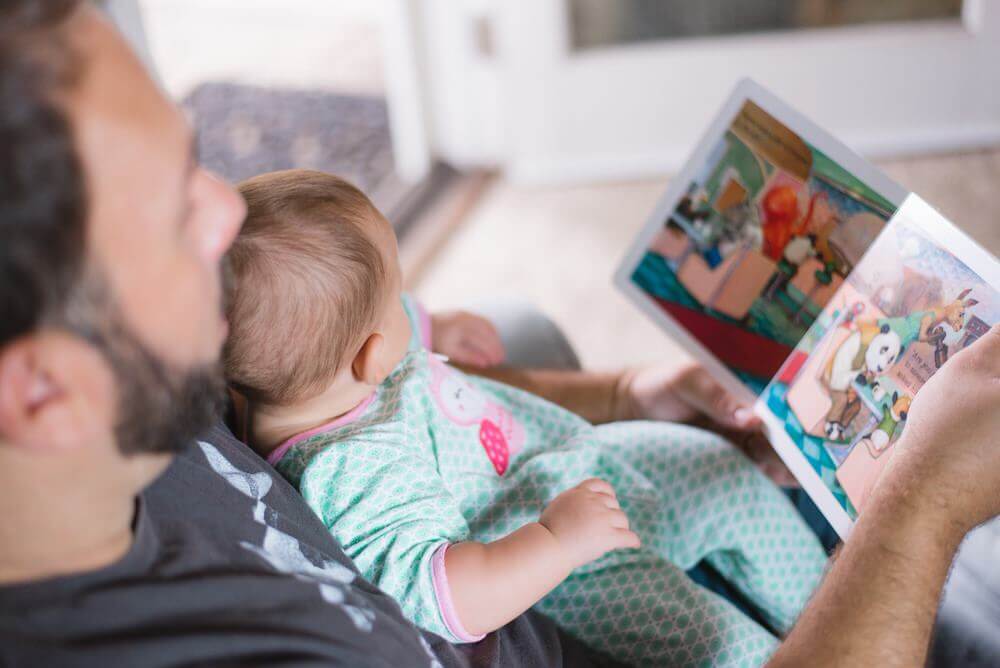 We all know the classics fairytales and storybook rhymes our grandparents taught us or read to us. But do our kids know them? Unless it was made into a movie or TV show, maybe not. If our kids have heard the rest of them, they probably think they’re dated. The challenge: How do we keep these classics, and traditions, alive? We make them relevant to today’s world.

When I think of storybooks or fairytales, I think of a cosy, dusty old room in the back of my grandparent’s house, where my grandmother kept the kid toys we’d play with and books we’d read over and over again when we stayed at their house. There was one book, in particular, that was thick, with gold-rimmed pages (so fancy!) and lots of, well, really weird pictures. Cats wearing tall black boots and kittens wearing mittens and butchers, bakers, and candlestick makers. The stories were crazy too. A man that ate pumpkin all the time. He put his wife in a giant one! A lady that had so many children she didn’t know what to do. And get this — they lived in a shoe. A shoe!! A cracked egg that even kings couldn’t help. Princesses. Oh, the princesses. And riches beyond reason. I couldn’t get enough of that book. I read those pages over and over, the gold trim slowly fading wherever I tended to touch the most. The fact that my grandmother had so many of those rhymes and stories memorized blew my mind. How did she do it?

Year after year I realized she did it the same way I was doing it…by hearing them read over and over by my grandmother. She must have had them read to her over and over by HER grandmother too. As I grew, I was reading them on my own, over and over, to the point it became ingrained in my brain much the same way I can still remember her home phone number (Mohawk5–1104). Those stories aren’t just something written in a book, they are something I shared, and treasured, with my grandmother. I grew up without a mom, so she was the closest adult to me, and that bond over reading is absolutely life changing and irreplaceable. Parent to child, or grandparent to grandchild.

Yet somehow, we’ve lost that sense of tradition. The classics, unless they’ve been turned into a movie, Broadway musical, or (often unbearable) TV show, are no longer retold. Don’t get me wrong — I understand why. Those classics are often horrifying! They’re awful, and weird, terribly politically incorrect, and not something I ever read to my own kids. Lots of kids getting eaten. Child brides. I mean, some versions of the original Sleeping Beauty are so horrific, I can’t even tell you. And the very beginning of the Snow White movie when the queen sends the squire to bring back Snow’s White’s HEART?? Oh my gosh, when I bought that CD for my daughter I had to fast forward through that part every time, I had completely forgotten. 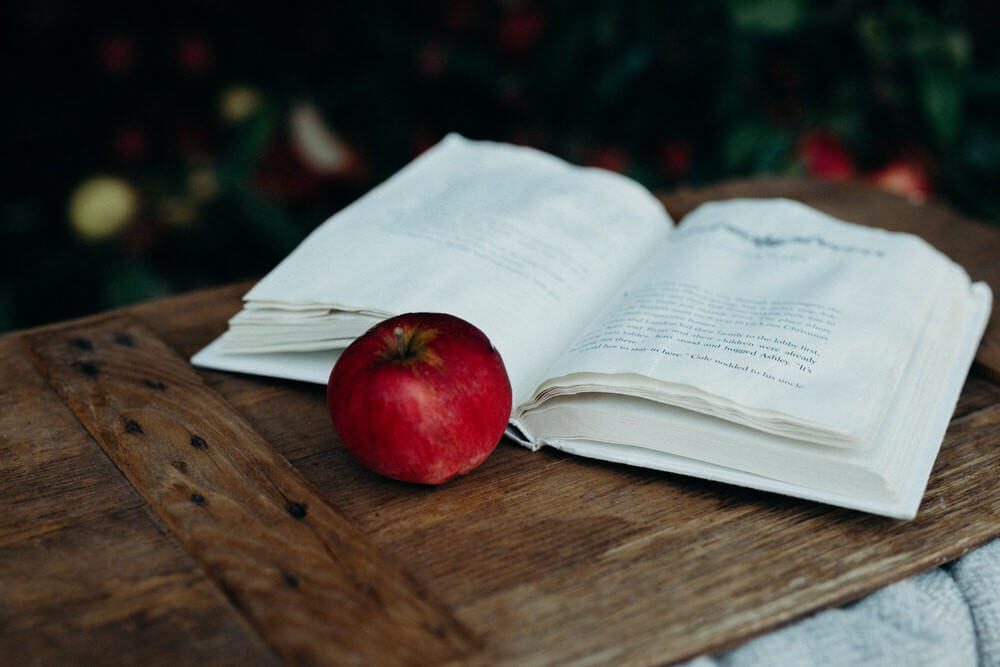 We have to admit the classics might not be worth retelling AS-IS in today’s modern world. I think we as parents realized we didn’t want our kids hearing that stuff anymore, and we stopped retelling the stories.

What happened in the meantime is someone else started telling our kids stories. Some one, or some thing. Our kids are watching these stories on TV or on their iPad or reading it piecemeal off someone’s Twitter feed. They aren’t sitting on our laps anymore. Or not as much as they could be.

I think it’s time to take lap time back. Take those classics back, too. But hang on a second, let‘s turn those classics on their heads. Make them fun and relevant — something a kid today WANTS to listen to. Something that both parents AND kids can have fun with.

That’s why I wrote the Bedtime Stories series “Kid Joey: Fairytale Detective” They take conventional storybook rhymes and fairytales, but add a twist. So the story you THINK you know, the story you’ve heard over and over, has a new ending or new twist, or new angle — with lots of laughs along the way. It’s fun for adults because they don’t know the ending or details either, and they get to experience the story in a new way, together with the child.

I figured it would be fun to take those same stories we know so well, and add some unexpected perspectives and new twists. These “new” stories let kids of today relate to the classics while parents and grandparents get to see, and enjoy them, in a new light. And not be horrified! What if we met PRINCE Midas, before he was King and before he turned into a selfish jerk? What if the 3 Little Pigs were a set of chatty girl triplets? I mean, an egg sitting on a wall makes no sense, and it spilling its guts all over the places is terrifying. But what if Humpty Dumpty was a football player, and his defense strategy was called “The Wall”? What if there was another kid named Joey who made it his mission to make sure Humpty did NOT have a great fall? I mean, sure, it’s still a leap of faith that a giant egg is walking around school, let alone playing football, or that pigs can talk, etc, but there is a certain degree of creative license fairytales allow us. It works. The fun comes in when we turn those fairytales upside down, on their heads, and see what shakes out. Let’s have a laugh while we read these stories. (Spoiler alert: there are no guts splayed about! No evil stepmoms either. (You’re welcome.))

What’s extra fun about the series is it gives parents, grandparents, and caregivers the chance to open up a dialogue about the old fairytale and storybook tales. Maybe it‘s the chance to tell the story for the first time. For example, in one story, Jack Spratt is mentioned, but no reference to him eating no fat and/or his wife eating no lean is brought up. Ask your kids “Do you know who Jack Spratt is?” When they say “No,” which they are bound to reply, pause for a minute and recite the silly rhyme. Share the story with them. Embrace that laptime. We all know it’ll be gone in a flash.

Let’s start the conversation back up, and have fun doing so! 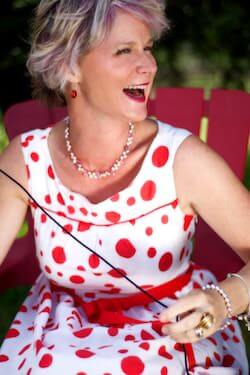 You may have seen author Bitsy Kemper on CNN, profiled in Writing Children’s Books For Dummies, or in literally hundreds of American TV news programs, newspapers and magazines. Maybe you passed her at the airport and didn’t even know it! Author of over 16 books, from picture books to chapter books to YA, she has enjoyed resuscitating old fairytales and bringing Joey to life in these (hopefully charming!) bedtime stories.

She enjoys dark chocolate, yoga, and church — but is careful to never indulge in all three at the same time. Busy raising three kids (four if you count her husband), she loves presenting at schools, libraries, and conferences all around the world.

Find out more at www.BitsyKemper.com.

The Importance of Stories to Children with ASD

How Story Helps Children with Their New Environment

Help Your Child Adjust After a Move