How to develop an app when you’ve never developed an app before? Built a strong team, of course! 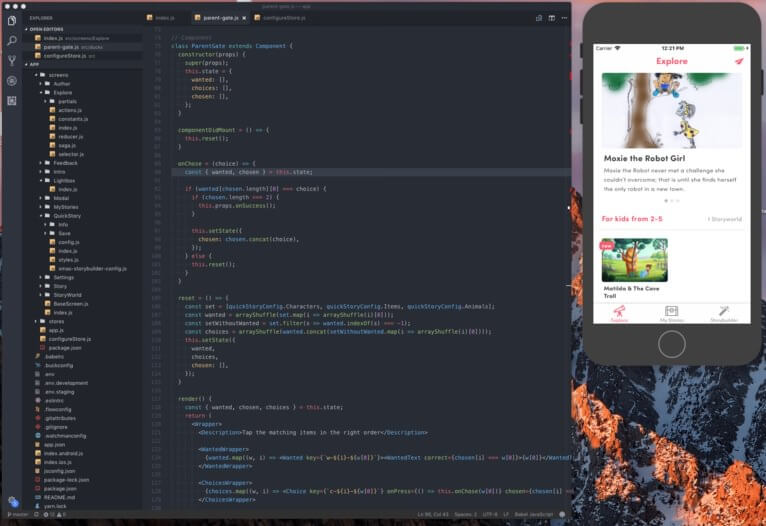 A flashy screenshot of an early prototype

In this series of articles, we will share some insights on how we’ve built this app, the community and everything around it.

We have launched the app internationally on Oct 27th 2017 and it’s available for download for the iPhone on the App Store here: Bedtime Stories — read & tell App.

We thought it would be worth to dive deeper into how Bedtime Stories came to be.

With kind of a solid idea in mind, an as-good-as-I-could-do-it dummy in my hand and loads of ambition and thirst for action, it was time to venture out into the world and build a team.

But wait, there might be another tiny feature missing in the dummy. And what about that icon — it certainly looks better a few pixels to the right.

To make it short: I tried to delay the moment to “go public” and find a team — it was easier perfecting the dummy.

At some point, I realized that this was not a feasible way of developing a product — I needed a core team: I would be the guy for content and marketing, I’ll need a developer that is able to actually write code and a designer that knew not to use Photoshop for the design. Together we would develop the product and shoot for the stars.

Great plan, but so many questions.

How should such a collaboration work? I’m not 20 and live with my parents, I’ve got a family, a company and I couldn’t pull all-nighters without any consequences or live off my financial reserves and hope for the best.

And it’s great that I believe in my idea and I love it, but would anyone else? The proposition to work crazy hours for long periods of time without any payment might not be the best pitch ever.

These questions can become a real road-block and I couldn’t answer them myself — eventually, I reached out to my dear friend Andreas Klinger again.

A Party of Three

Andi reached out to potential collaborators and some really awesome people answered. Wow. This was huge.

I talked to all of them and soon found a very promising developer. After some time it turned out that managing his current company was too much work and there’s not enough time for another demanding side project — the good thing: not too much time was invested at that point.

In the meantime, I got really lucky to meet Martin — a cool guy with awesome design skills — very stylish, minimal and no fancy stuff without a solid reason. I immediately liked his work.

We met and kind of hit it off — he liked the idea and always wanted to design a mobile app, something that he hadn’t done before. It was also a good timing for him and after a coffee, we had a deal.

So after our initial developer left, Martin suggested asking his previous partner for side-projects, Moritz. When he told me that Moritz just became the father of a baby boy, I was relieved. I don’t know why, but somehow I knew that this was our team — even before I met him.

After our first meeting, Moritz wanted to take some time to think about how and if this could be realized — it was his first iOS app too and he took the project very seriously.

Moritz played around with ReactNative — a code framework based on the programming language JavaScript that allows building native iOS apps. After two weeks we met again — and the Bedtime Stories core team was built.

From the get-go this team felt right — each of us had specific responsibilities and each of us was an expert in one important field.

But the most important part of our collaboration was something that I’ve learned over the years of working in and with teams — it certainly is important that you are really good at what you are doing, but what is equally important is that you share the same values and core beliefs. And that you are a good fit on a very personal level.

The task is not to find people who work for you and make your vision come true — it’s about to work on something together, make it our project and share the excitement of creating something really special.

I believe that if you are building something that you really believe in, pour all of your heart in and stand for a certain kind of values — there will be like-minded people who will join and share your vision.

All of a sudden you are not alone with a crazy idea, you can be crazy together.

This was the first of many times in this project where I realized: it‘s never only about the product, it‘s about the people.

So Who Are These people?

We asked ourselves a couple of questions to get to the heart of it. 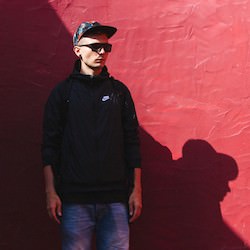 **Who are you? **I’m 26, born and raised in Vienna, polish roots, location independent and roaming around the world.

I do UI design by day, front-end development by night. Mostly freelancing for digital agencies, currently working for Gustav (hellogustav.com)

I also spend a lot of time on pointless funny side projects like yesno.wtf, asciiprints.com, and wherethefuckismartin.com.

Why did you decide to work on Bedtime Stories? I always wanted to design and develop native mobile applications. And I believe that education is key to everything and that it should start as early as possible (so the communication of values, morals, and ethics should start at a very young age).

What do you enjoy most? Recently: seeing how everything becomes real what has been just an idea and a bunch of scribbles just a year ago

In general: designing for mobile

Hopefully in the future: excited faces of my own kids when telling them bedtime stories :)

What do you see in the future of Bedtime Stories? Enable parents to spend more quality time with their kids while teaching them about morals, ethics, and diversity. By the end of the day, I just dream of a better world, powered by smart, open-minded kids. 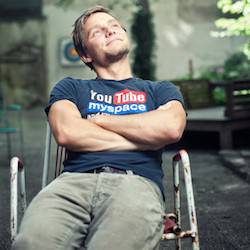 Who are you? I’m Moritz, coding since I’m 14 years old. 12 years ago I made this hobby into my day job. Founder and CEO of a small web agency. I love to invent new things and make crazy ideas come true — both digital and in the real world.

Each and every day I strive to find the one idea that brings me fame & recognition — in full knowledge that it actually wouldn’t be of too much importance for me.

Why did you decide to work on Bedtime Stories? It was the right idea at the right time. I just became a dad and knew that I had to organize my spare time wisely. It felt right to develop an app that provides value to my son and many other children. In contrast to 2016 where I had one project each and every month, I would rather work on a larger project over a longer period of time.

Also, in contrast to my previous ideas, this one actually wasn’t based on a technical level, still it had enough potential to play around with interesting technical stuff.

Another important factor was that we had a homogeneous, sympathetic and very skilled team. I often tried to work in teams on side-projects, often times it failed because the team just wasn’t a good fit. Different ideas or over- / under-estimated skills. But this time, it felt right.

What do you enjoy most? I really enjoy not only reaching a goal but working on it. Breath life into an idea and learn something on the way. Also, I always wanted to develop an iOS app but never had just the right idea.

In this project, the mix of complexity, challenge, and content was in a perfect balance. I really enjoy watching the growth of the app, how people use it and how it adds value to their lives. 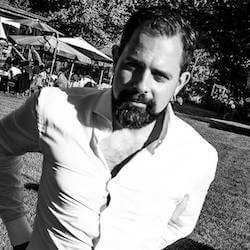 Who are you? I’m a person wearing many hats — I’m a digital storyteller, writer, director, producer, creative, and most importantly, father of two lovely girls that mean the life to me.

Depending on the situation and context, wearing one hat definitely is an easier choice — then again, what really defines me, is the combination of all of them.

In everything I do and everything I love, stories are the common theme that drives me — so probably all of my hats are mere a shade of the color storyteller.

Why did you decide to work on Bedtime Stories? I always strive to work on something that impacts many people and has the power to add value to their lives. As described in the previous Inside Bedtime Stories post, the idea originated because of the love for bedtime stories with my daughter.

What do you enjoy most? At first, it was the idea to build something great that many people love. Now, over a year later, I equally enjoy and value all the relationships I’ve been able to build through it. Even before the launch, the project developed a dynamic that I wouldn’t want to miss in my life anymore — so many people around the world that share the passion for telling stories.

What do you see in the future of Bedtime Stories? In the beginning, I hoped that this project would take off — now I know that it will. It certainly is quite a big task to achieve something this great, but it’s my core beliefe that stories have the power to connect — and what better connection could there be than to spend quality time with your own kids.

I see how all of these lovely stories and the work on the app have not only changed my life but the life of many others too. I’m especially lucky to experience the power of bedtime stories each and every night with my daughters. miso 🌜 (@michaelsokolar) | Twitter The latest Tweets from miso 🌜 (@michaelsokolar). Digital storyteller, producer & father of two lovely girls. Creative…twitter.com

This article was written by Michael Sokolar

How The Idea Was Born

Hello — We are Bedtime Stories